How Cities Really Get Smarter 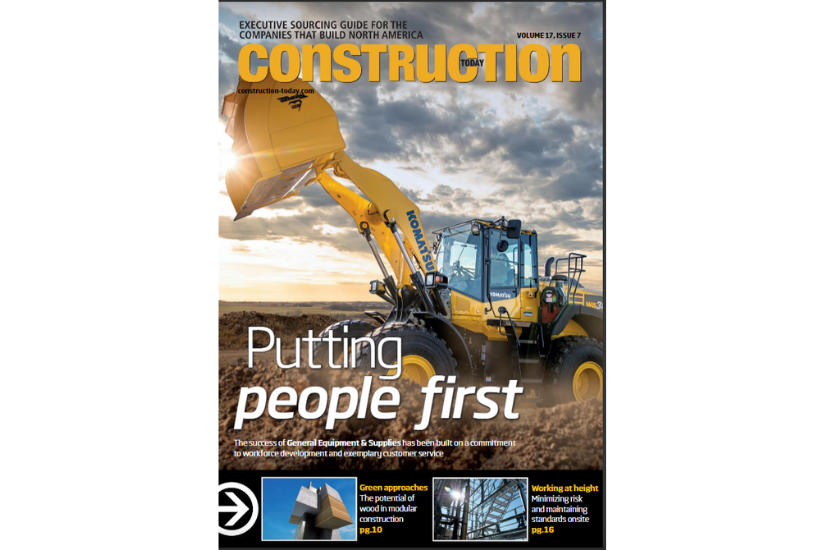 If technology’s purpose is to serve humanity, then there’s never been a greater opportunity for smart city solutions to fulfill their vast promise in a post-pandemic world. Smart technologies are poised to aid metro areas in improving environmental management, governance, healthcare, security, and transportation, among other services. In other words, many of the challenges that civic and global leaders face today in creating safer, healthier and more sustainable urban environments, some of which have been laid even more bare in the past several months.

Take Emergency Medical Services, which in many metro areas, including New York City, where some Hylan offices are based, were stretched thin at the height of the pandemic. With the integration of IoT-based systems and applications, edge computing, and next‐generation 5G wireless networking, ambulances can be transformed into mobile emergency rooms. Able to conduct high-definition, two-way video dialogues with emergency room staff and physicians, EMTs can transmit a patient’s vital signs to hospitals in real-time, while they are in transit, ensuring that the appropriate medical specialists and equipment are on hand when the patient arrives at the facility.

Or let’s consider smart solutions and public health on a macro-level. The New York City Community Air Survey (NYCCAS), a joint program developed by the NY Health Department and Queens College, analyzes how pollutants from vehicular traffic, boilers and furnaces in buildings, and other sources impact air quality in different neighborhoods. Fine particle pollutants not only cause increased mortality rates in urban areas but also elevated hospital admissions for lung and heart conditions, as well as emergency department admissions for asthma – all of which are underlying ailments that cause people to become more vulnerable to respiratory viruses. To gain valuable data on these environmental health threats, air quality monitors, mounted 10 to 12 feet off the ground on public light and utility poles along streets and in parks, currently record air pollution measurements at more than 100 locations throughout New York City.

Indeed, many cities around the globe have already integrated smart systems and applications, and some global metropolises such as New York, London and Paris have launched broad programs to encourage collaboration between public services and the private sector to develop the next generation of smart solutions.

Among the most common smart city applications are smart meters for utilities, intelligent street lighting and traffic signals, Radio Frequency Identification (RFID) sensors that are embedded in pavement for monitoring road damage and traffic flow, as well as supporting wireless devices such as WiFi kiosks.

In the cities of New York and Philadelphia, for example, payphones have been replaced with a kiosk or a “link,” each of which is a WiFi hotspot that provides free and encrypted WiFi coverage, and comes equipped with an android tablet for Internet browsing and video calls, a keypad for free calls throughout the U.S., two USB ports so citizens can charge their phones and a button for emergency calls.

According to a new study conducted by Grand View Research, the global smart cities market is expected to increase at a compound annual growth rate (CAGR) of nearly 25 percent over the next seven years, to reach USD $463.9 billion by 2027.

And yet, despite these and many other instances of smart city solutions that have launched successfully or are close to wider adoption, many obstacles — technological, governmental and commercial — must be overcome if they are to have a broader impact.

5G, Fiber and the Big Deal About Small Cells

To better understand the challenges of any smart city construction or infrastructure project, it’s first necessary to recognize that smart systems aren’t so much siloed killer apps as they are a function of a densely layered ecosystem in which a number of interdependent technologies interact with one another. The foundational technology driving most smart city initiatives is the IoT, the network of physical, connected devices that generate, collect, exchange, and act upon data. Wider adoption of next‐generation 5G wireless networks, which provide gigabit speeds and sub one-millisecond latency, is also essential to meeting the needs of smart city projects. To relay massive amounts of data among connected devices and systems in near-real time will require 5G’s gigabit-per-second throughputs, extremely low latency, increase in base station capacity, and significantly improved quality of service (QoS), as compared to current 4G LTE networks.

Equally, significant, smart city planning must include massive fiber-optic backbones to support small cells and traditional cell sites. To lend a sense of just how massive, the Fiber Broadband Association estimates that approximately 1.4 million miles of fiber-optic cable will be needed to provide 5G service to just 25 metro areas in the United States. While the exact fiber cable requirements for each deployment will vary based on local geography and expected demand, the most complex 5G applications will require fiber to each small cell. In turn, for wireless service to operate within the 5G standard in densely-populated urban areas such as New York City, London, Paris, Amsterdam, or for that matter any global metropolis, small cells will have to be scattered throughout our cities.

Small cell installations, in contrast to traditional macrocell towers, which have a coverage area that spans several miles in each direction, typically serve a much smaller geographic area, measured in hundreds of feet. As the name would imply, small cell antennas are much smaller and less conspicuous than those deployed at macrocell sites, and are often attached to buildings, rooftops and structures in public rights-of way, including utility and light poles, on street furniture, or on other public or private property. Especially with the increasing usage of wireless devices and data in smart cities, small cell facilities will be used to complement macrocell towers and increase mobile broadband network capacity in high demand urban areas.

Technology aside, whenever a small cell project begins, federal, state and local permitting, rights-of-way, application review timelines and appeals processes, and other siting and application fees come into play. Inevitably, this initial process can be very time consuming. Additionally, while the fiber infrastructure in many large metro markets is typically not strung atop telephone poles but protected in underground conduits, in the outer boroughs of New York, as with many sprawling metros, much of the information and communications infrastructure is outdated and slowing fiber deployment, which could potentially stall future smart city development.

Final Thoughts on Realizing the Promise of Smart Cities

Lastly, municipal leaders must commit to foregoing red tape and applying short-term, technical band-aids to challenges that call for long-term investments. Meanwhile, carriers, public utilities, electrical, engineering and construction firms must influence policy decision-makers and collaborate to build much-needed dense infrastructure. Then, and only then, will smart cities move from attractive PowerPoint slides and rosy market forecasts to actual places where we can leverage technology to lead safer, healthier and more secure lives.