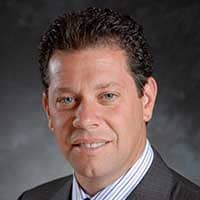 We are excited to share that our own Hylan CEO, Robert DiLeo,  is featured in this week’s industry renowned Telecom Ramblings “Industry Spotlight.”  Here’s a quick excerpt below:

When network operators and service providers build out infrastructure, there’s a whole ecosystem of companies at the engineering and construction layer that they turn to in order to make it happen. One of those companies is Hylan, which has been doing a bit of consolidation work of its own lately and dramatically expanding its geographical reach. Hylan takes a turnkey, in-house approach to infrastructure projects rather than breaking them up and subcontracting them out. With us today to let us know what Hylan is up to is CEO Robert DiLeo.

TR: What are the origins of Hylan? How did it come to be what it is today?

RDL: Hylan was founded in 1960 by my dad, primarily as a small local electrical contractor in the boroughs of New York City. Around the late 1970’s he was approached by the initial cable builders which became Time Warner Cable — back then it was Paramount Cable and Manhattan Cable — to build a cable tv network. The project encompassed trenching streets and pulling coaxial cable into buildings and into residential neighborhoods. They spent years building up cable infrastructure and when the cable market first went into fiber in the mid-80s or early 90s, so did Hylan. That led us to go more into working for companies competing for the telephony market like NFM, MFS, WorldCom, etc. In the early 2000s when the telecom boom imploded and most of that work dried up, it forced us to get into the heavy electrical infrastructure work on street lighting and traffic signals on highways and bridges and roads. More recently, in 2007, 2008 when the wireless market really started to go heavy into needing fiber to towers, it kind of tied the whole company together because we were a fiber contractor, we were also a utility contractor, and we were also a municipal contractor. So we kind of fit right into that and built the initial build for NextG Networks, which was later bought by Crown Castle. That launched us into the wireless market where we are now. Today we sit backed by private equity firms and we are now in growth mode both organically and via acquisition.