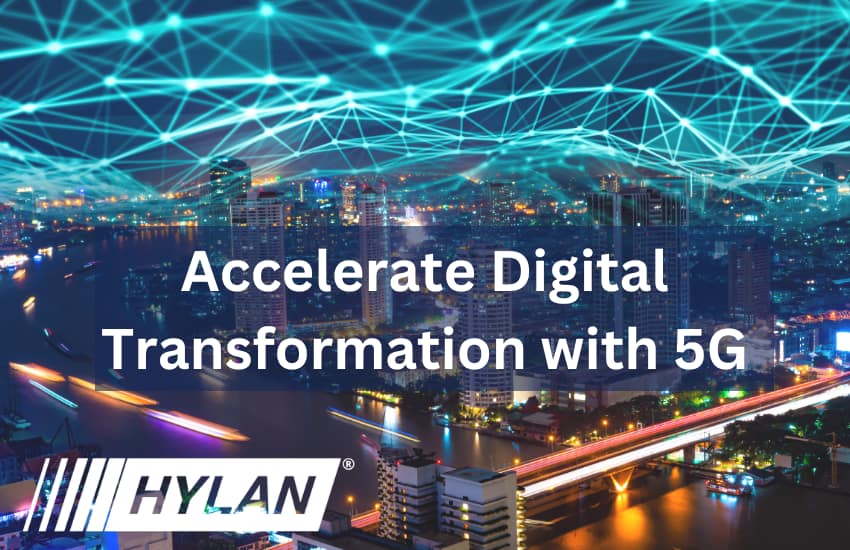 It’s easy to think of 5G as just another speed boost for our phones, and while that’s certainly the case, it’s also not the whole story. 5G represents a major paradigm shift in the way we interact with and utilize technology, and for cities that want to lead the way in a 21st Century economy, they can use 5G to accelerate their digital transformation into smart cities of the future, today.

Effective city planners and leaders understand digital transformation requires more than slapping some extra sensors on street lights. Instead, it requires a thoughtful, long-term strategy with a clear vision and understanding of the resources needed to create an effective, sustainable program, and 5G is at the heart of enabling this transformation.

Here are three ways 5G can enable your city’s digital transformation into a smart city of the future, today.

Autonomous vehicles are often top of mind when discussing 5G and transportation, but for the planner of a smart city, the technology represents an unprecedented opportunity to gather data on how residents navigate city streets, the pain points they encounter along the way, and then use that information to improve how people get around.

Maybe a certain intersection experiences congestion outside of typical rush hours. Smart traffic lights – using data from IoT sensors, cameras, cell phones, and other sources, enabled by 5G’s faster data speeds and low latency – can detect the congestion and alter their light patterns to ease the flow of traffic, all in real time.

And as cars become smarter, they’ll be able to communicate with your smart infrastructure to allow for even more real time insights and actionable data, which is why it’s so important for cities to build for the future, today.

With 5G’s network slicing capabilities, emergency services can have access to a dedicated portion of the network separate from that of the public. This means during periods of high network usage – think festivals, concerts and other large gatherings – emergency service providers will be able to communicate and respond more reliably and efficiently because they’re not fighting for the same service as everyone else.

And in the event an emergency does occur, 5G’s high data rates, low latency, and edge computing capabilities mean EMTs can access a patient’s medical records and transmit vital signs to hospitals, providing emergency room staff the data they need to prepare for intake – and they can do all of this while in transit.

The internet is no longer a luxury – it’s a core part of modern life. With its gigabit-per-second throughputs, low latency, increased base station capacity, and significantly improved quality of service as compared to 4G LTE networks, 5G promises to not only make the internet faster, but more accessible to all.

One of the most notable examples is the LinkNYC project, which replaces old phone booths in New York City with kiosks providing USB ports for free device charging and free public Wi-Fi, enabled by 5G (the last phone booth in the city was removed in May 2022). The project started with the outer boroughs and Manhattan north of 96th Street, areas disproportionately underserved by internet options.

5G is no longer the prospect of a far off future – it’s here, right now, and cities that want to be at the forefront of this digital transformation will need to build out their infrastructure so their cities and residents can begin reaping the benefits.

Discover how Hylan helps city planners and municipal leaders make smart cities a reality by partnering with private companies and government agencies. Our teams build out the foundational infrastructure for smart cities to connect utilizing our decades of experience in both wireless and fiberless technologies.